Where am I? > Home > Research & collections > Staff 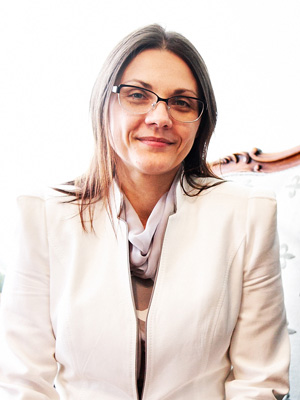 Advertisement and PR campaigns for the NMNHS

Special events in the NMNHS

Opening of the exhibition ‘Unearthly minerals’, 24 October 2014 — At an official ceremony at the National Museum of Natural History, Prof. Dr Nikolai Spassov handed to Mr Nikita Dmitrievich Lobanov-Rostovskiy, who had donated to the NMNHS a sample of a meteorite from Mars, an honorary diploma and a plaque in gratitude for the donation, and due to the 125th anniversary of the museum.
125 hours NMNHS, 19—24 August 2014 — On occasion of its 125th anniversary, the Museum remained open for 125 hours straight and offered many interactive presentations and demonstrations to the visitors, presented current topics at the museum — from geology and mineralogy, paleontology and archeozoology to biospeleology, studying the behavior of bats, entomology, ornithology and nature conservation.
Opening of the exhibition ‘The World of Insects,’ 31 March 2014 — The Director-General of UNESCO, Ms Irina Bokova, in the presence of the Vice-President of the BAS, Corr. mem. Nikolay Miloshev, DSc, and the director of NMNHS, Prof. Dr Nikolai Spassov, opened a new exhibition, realized with the financial support of UNESCO. The Interactive modules target children and young audiences (6—16 years) who can enrich their knowledge about insects and have the opportunity to share the time with their parents.
Opening ceremony of the ‘Paleontological field — Dorkovo’ Museum, 19 September 2013 — created on the idea and concept of Prof. Dr Nikolai Spassov, the unique paleontological museum near Dorkovo was opened by the President of the Republic, Mr Rosen Plevneliev.
First press conference at the NMNHS, 22 December 2011 — NMNHS initiated the first press conference in connection with the offenseve behaviour of the movie crew filming ‘The Expendables 2’ in Devetashka Cave. More than 20 electronic and print media sent their representatives. Agence France Presse (AFP) also published an article on the case.
Christmas Bazaar in the Museum, 11#8212;31 December 2010 — NMNHS offers a specially developed program of 15 lectures, activities and games related to biodiversity and conservation. In partnership with ten NGOs and private companies the Museum organized stands presenting their conservation activities.

Training course ‘Things and people, objects and stories’ — organized together with the BIVEDA crew. The course ended up with spectacle-labyrinth in the Museum, 22—27 July 2013;
Conference ‘Look Who’s Talking’ — organized by the Institute of Ethnology and Folklore Studies with Ethnographic Museum-BAS, dedicated to communication and interpretation models in the museum. Presentation ‘The Modern Museum — Scene of Knowledge’, 20—21 June 2013;
Second national meeting ‘Museums and Sustainable Development’ with topic ‘Modern methods of communication with the audience’, organized by the Ministry of Culture. Presentation of the project LABIRINTEMA in the ‘Grundtvig’ program, 10—11 June 2013.

Support for scientific events and projects

Project ‘Development and publication of a summary work for the biodiversity of Vitosha Natural Park’ (Project No. DIR-5113326-4-98 ‘Activities for sustainable management of Vitosha Natural Park’, funded by the Operational Programme ENVIRONMENT 2007—2013’ (2013);
The 18th European Congress of Lepidopterology — Blagoevgrad, 29 July — 4 August 2013;
The 6th European Hemiptera Congress — Blagoevgrad, 25—29 June 2012;
PESI (A Pan-European Species-directories Infrastructure) 7FP of European Commission (2008—2011) — The project was led by researchers from the University of Amsterdam and aimed at integrating into a virtual web-environment four of the main and most credible taxonomic databases of zoology, botany and mycology of Europe (2011);
Conference ‘Biodiversity and Environment’ — Sofia University ‘St Kliment Ohridski’, 24—25 June 2010.