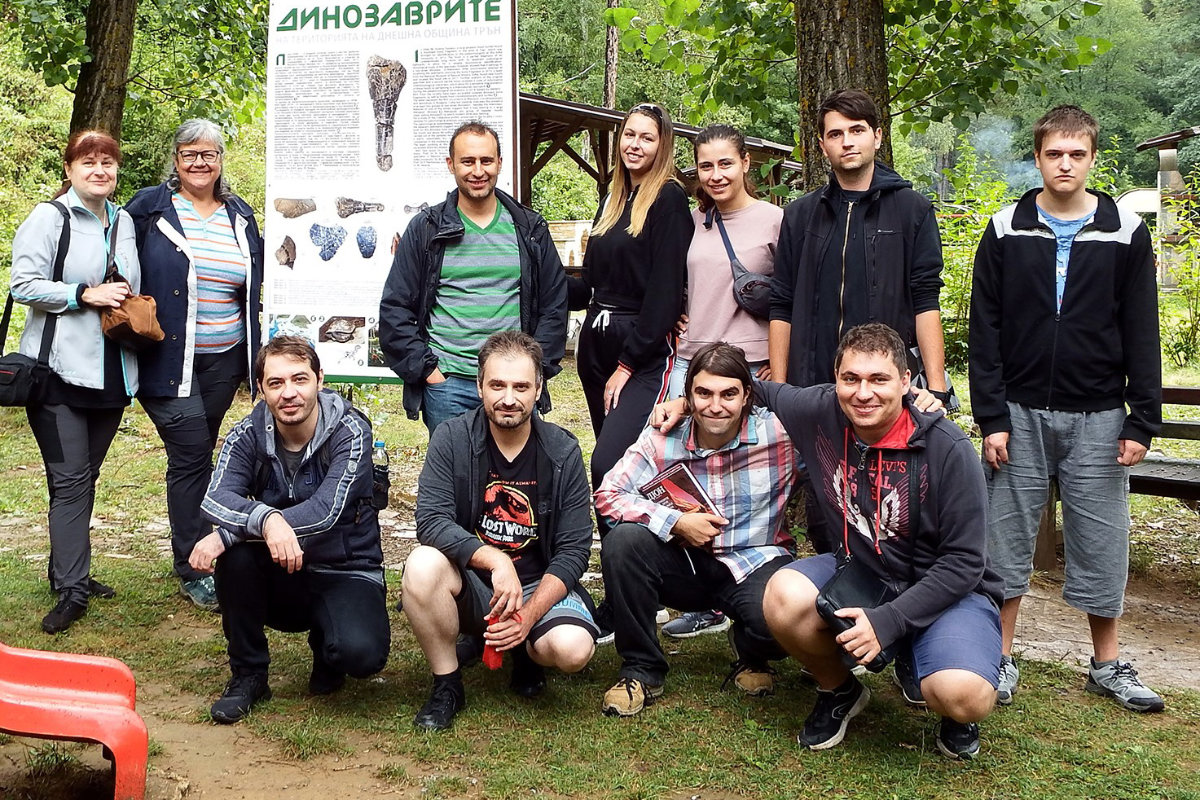 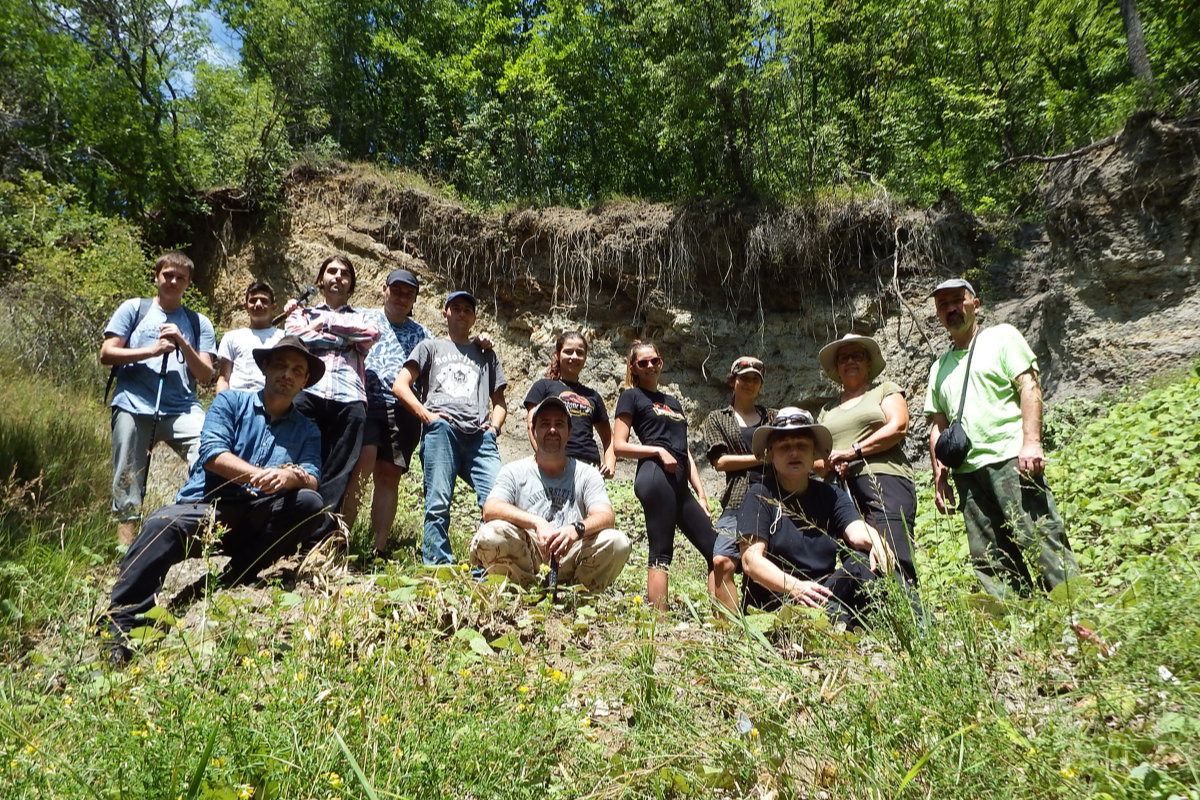 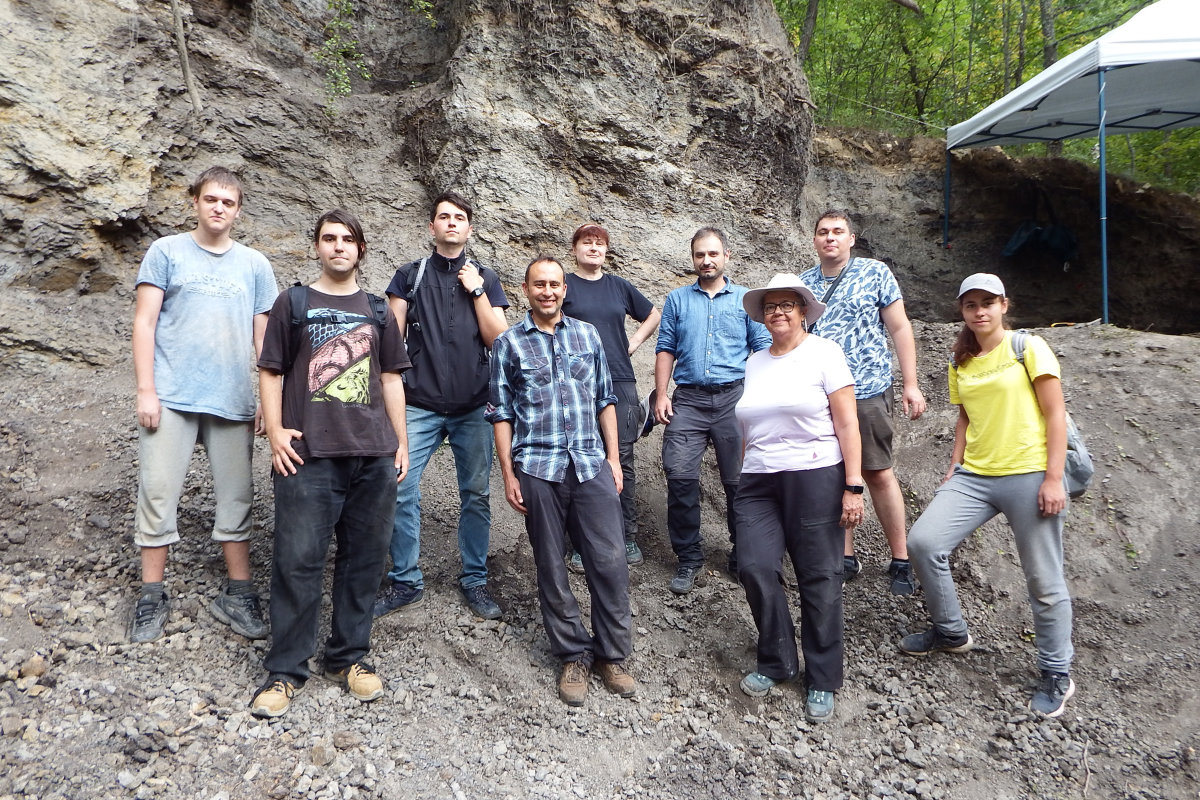 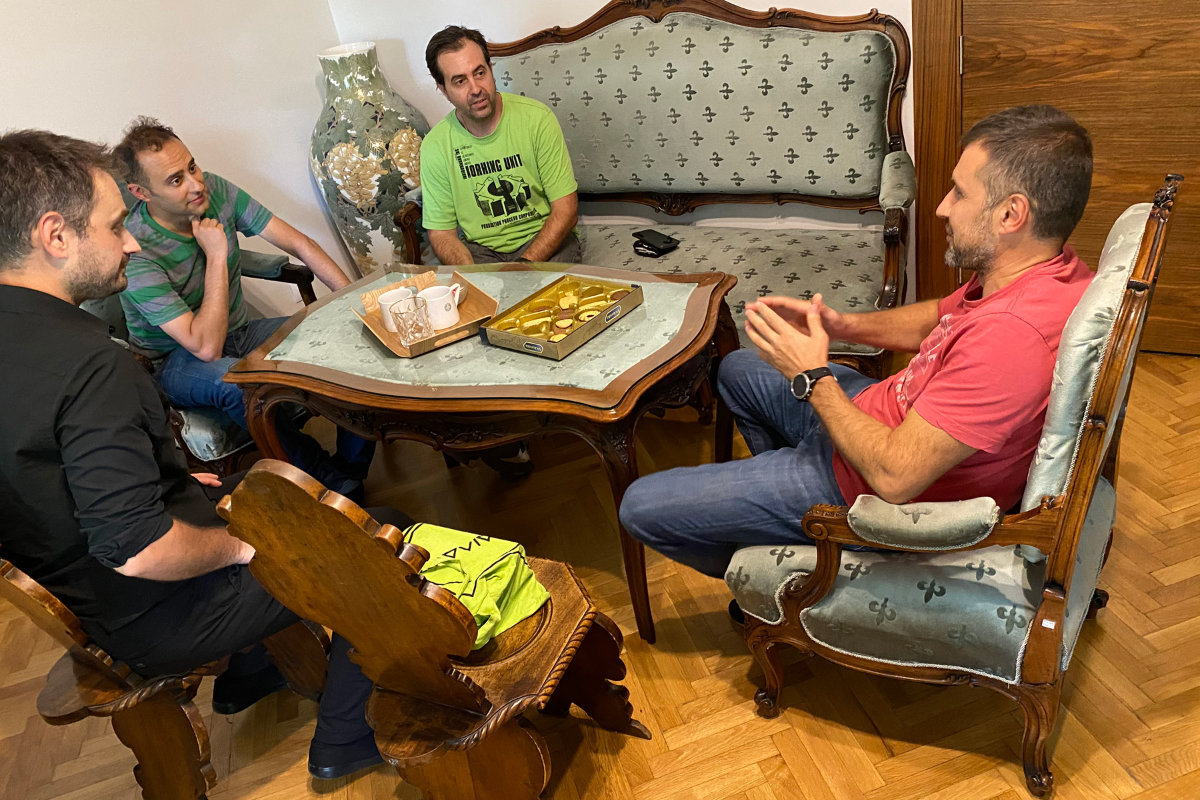 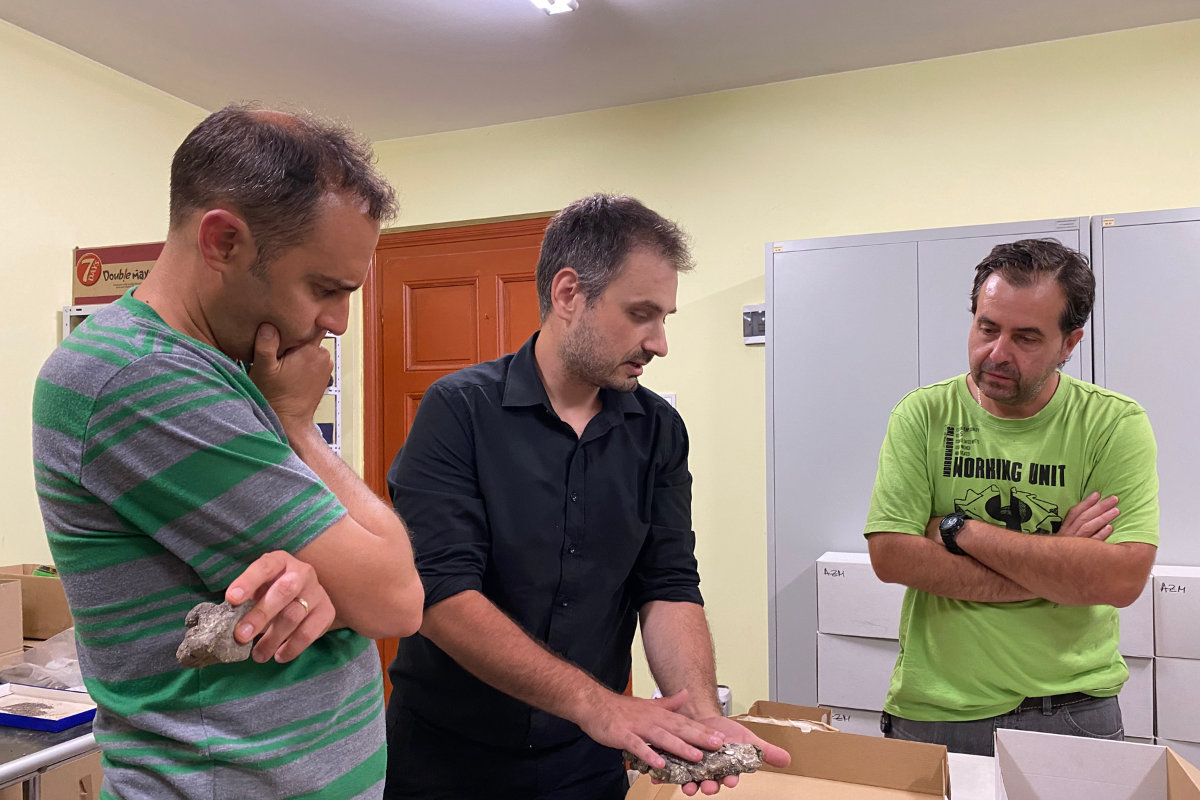 The Fifth Palaeontological Expedition of the NMNH-BAS to the vertebrate fossil locality near the town of Tran, which yields remains of non-avian dinosaurs and other tetrapod fauna of Late Cretaceous age, took place between the 7th and 15th of August, 2022. The expedition’s team, led by Museum’s palaeontologist Assist. Prof. Latinka Hristova, includes scientists not only from NMNH-BAS, but also from the Sofia University St. Kliment Ohridski and the Geological Institute at the Bulgarian Academy of Science.

Yet another successful field season has enriched the Museum’s palaeontological collection with new vertebrate fossil specimens, which are over 83 million years old. Among the newly collected finds are several well-preserved, large-sized crocodylomorph teeth, bones and bone fragments of various microvertebrates, like fish and amphibians, numerous pieces of turtle shells, as well as bone fragments of large bodied animals, possibly pterosaurs and dinosaurs. One of the fossil specimens, discovered by Latinka Hristova and distinguished by a peculiar morphology, picked up the scientific interest of Prof. Steve Brusatte. The world renowned palaeontologist from the University of Edinburgh arrived in Bulgaria on 11th of August on invitation by his Bulgarian colleagues to join their field work in Tran. He was welcomed by Prof. Pavel Stoev, Director of the Museum. During his visit Prof. Brusatte was impressed by the fossil material collected in the past 5 years, and expressed the opinion that the Tran fossil locality might become one of the most important vertebrate sites of Late Cretaceous age in Europe. Upon his arrival in the country, Prof. Brusatte gave exclusive interview for the Bulgarian News Agency, and then another one, for which he was accompanied by the NMNHS-BAS’ PhD student Vladimir Nikolov, for the TV channel BulgariaOnAir before departing to Scotland.

Dr Latinka Hristova and Vladimir Nikolov used the visit of Prof. Brusatte to discuss with him the future of the research at the fossil site near Tran, to evaluate the scientific importance of collected fossil material, and to prioritise which specimens will be studied and published in the scientific literature first. The three of them reached an agreement for a long-term scientific collaboration, involving the study of the Late Cretaceous vertebrate faunas of Bulgaria. After their return to Sofia, NMNH-BAS’ palaeontologists are faced with months of work related to the preparation and preservation of the collected specimens, followed by the inclusion of these fossils to the palaeontological collection of the Museum. This year’s expedition is funded by the Bulgarian National Science Fund via project ‘From dinosaurs to the earliest human ancestors: Fundamental studies of significant moments in the history of the fauna and the Human origins’.

The senior members of the team working in Tran express their gratitude to the undergrad geology students from the Sofia University, who joined them for a second consecutive year of field work. As a result of students’ help and efforts, some of this year’s most exciting and interesting fossil finds were discovered. The involvement of the undergrad students in the 5th Palaeontological expedition to Tran became possible thanks to the funds from the ‘Prof. Jivko Ivanov’ award for a young scientist, awarded to Vladimir Nikolov in 2020 and 2021 at the annual National conference with international participation ‘Geosciences’, and the private donations of Bulgarian geologists.