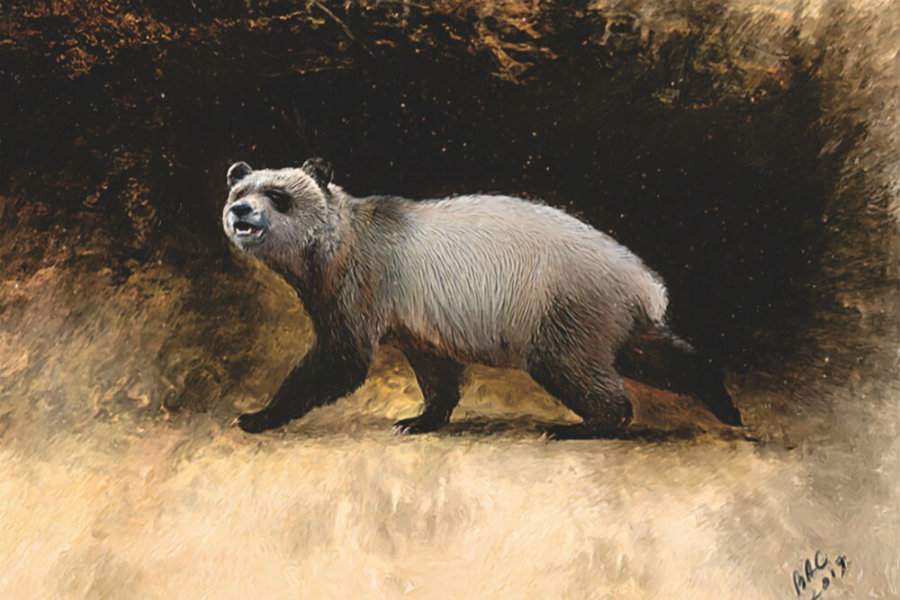 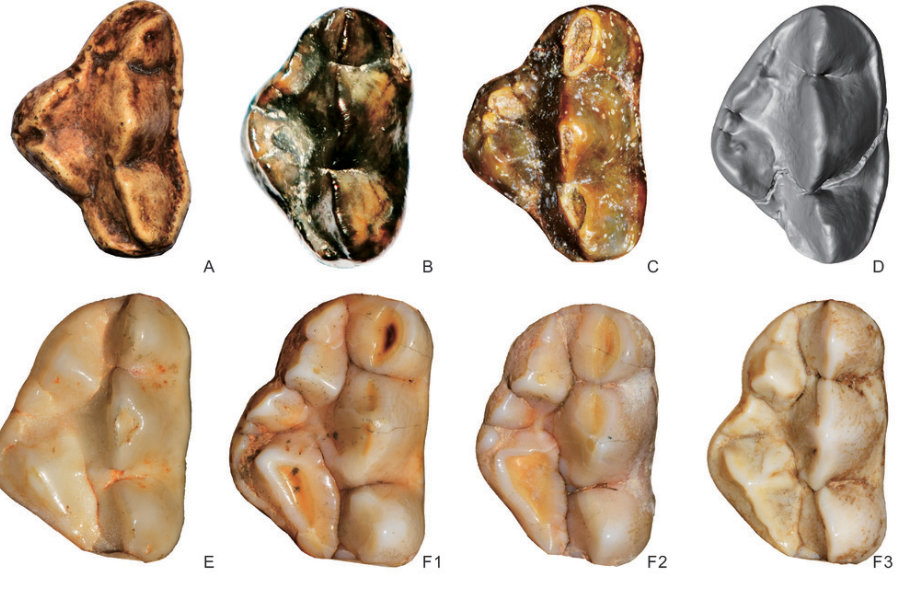 In an article for the Journal of Vertebrate Paleontology: A late Turolian giant panda from Bulgaria and the early evolution and dispersal of the panda lineage, Prof Nikolai Spassov of the National Museum of Natural History, Sofia, and his Chinese colleague Qigao Jiangzuo describe a new fossil species of giant panda (Agriarctos nikolovi) that inhabited Bulgaria around 6 million years ago, in the late Miocene. The species’ description is based on the discovery of fossils of teeth, which are kept in the collection of the National Museum of Natural History, Sofia.

The evolution of pandas is not extensively known due to very sparse fossilised remains. It is accepted that the direct ancestor of today’s panda is the Chinese fossil genus Ailurarctos, which lived 8-6 million years ago. It seems strange at first, but the first primitive representatives of the group of pandas (Ailuropodini) have been discovered in Europe. The Bulgarian panda is the latest and most evolved European representative, in some aspects more evolved than even the aforementioned Chinese genus. Despite this, the authors accept on the basis of details of the tooth morphology that the Balkan species is a representative of an independent evolutionary lineage that existed in parallel. The authors do not discount the possibility that Central and Southeastern Asia was always the region where pandas emerged as a group, but given the data about the more numerous and ancient European remains, it is more likely that pandas were European in origin before they dispersed to the Asian continent, where conditions for their survival are preserved. Great pandas are more specialised than other bears when it comes to their plant diet. It seems that all pandas inhabited humid forests.

The remains of the Bulgarian species show signs of fossilisation in coal sediments in the region of Ognyanovo village, Elin Pelin, which is an indication that its habitat was also connected to humid, swampy forests. The new species, Agriarctos nikolovi, was almost equal in size to the modern panda, which can reach 150 kg, and its canines are even bigger proportionally, which the scientists speculate is most likely due to strong competition with other predators. The species’ extinction is likely a result of the serious droughts known in the Mediterranean as the Messinian salinity crisis, reaching its height around 5.6 million years ago.

The new species, Agriarctos nikolovi, is named after Assoc. Prof Ivan Nikolov, curator of the NMNHS palaeontological collection in the 70s, who preserved this finding in the museum and has made significant contributions to Bulgarian palaeontology.

“I decided to name this new species after Assoc. Prof Ivan Nikolov, who was the curator of NMNHS’s palaeontological collection before me” — says Prof Spassov. — “Assoc. Prof Nikolov likely received or found the specimen in the 70s and it has been kept in the museum ever since. I first saw the two teeth in the early 80s, after I. Nikolov’s death, back when I was taking my ‘first steps’ in palaeontology and they only had a quickly scrawled, handwritten note to accompany them, clearly the name of the site. It took me many years before I could even establish what the note said with the help of a graphologist. After that, I had to uncover what hid behind the name ‘Guredjia’ — that is, the old name of Ognyanovo village near the Elin Pelin Municipality. Then I had an idea of the fossil’s origin and the age of the coal sediments in which these two teeth had been found.”

The great panda (Ailuropoda melanoleuca) is the sole modern representative of this specialised group of bears. Pandas live in a small region of Sichuan Province, China, and live in mountainous forested areas, feeding practically only with bamboo. The unique specialisation which limits the habitat of this large mammal today has placed the panda in the Red Book of the World as a species that is vulnerable to anthropogenic activity. With its striking colouration and “cute” appearance from a human point of view, this species is at once a widely known symbol of conservation and a favourite of children and adults.