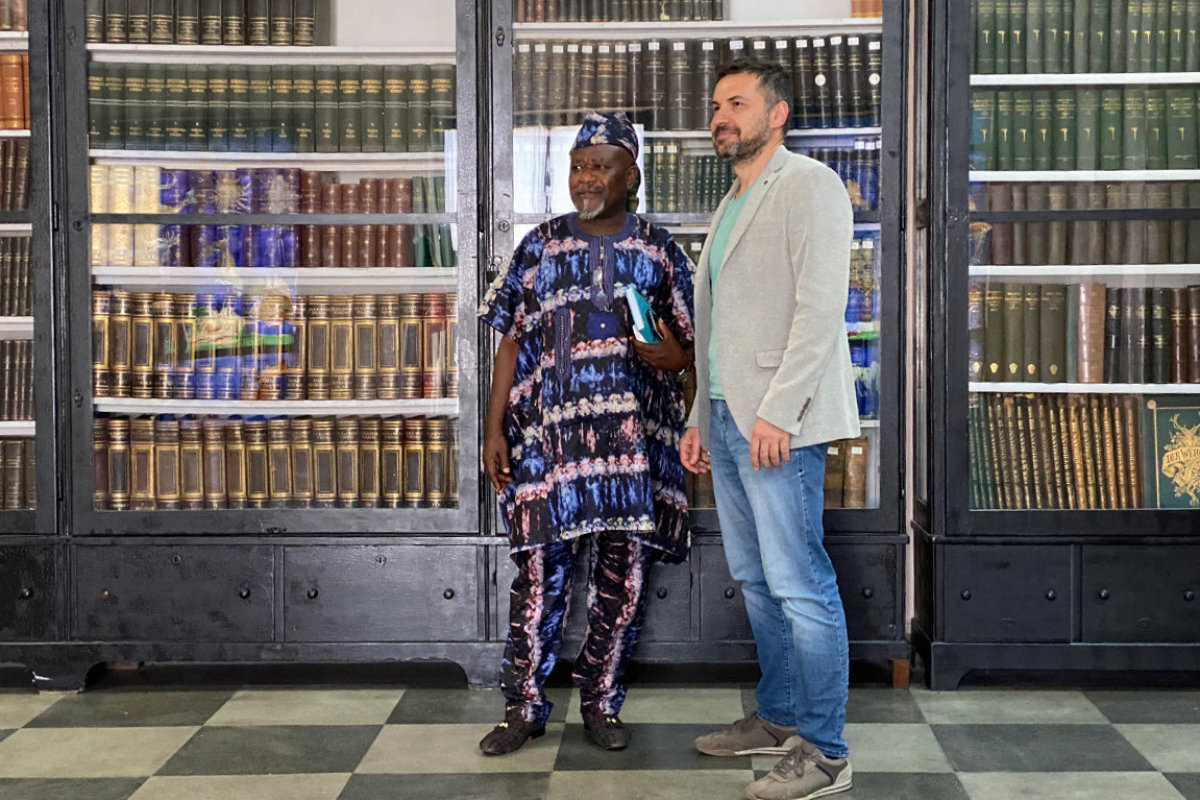 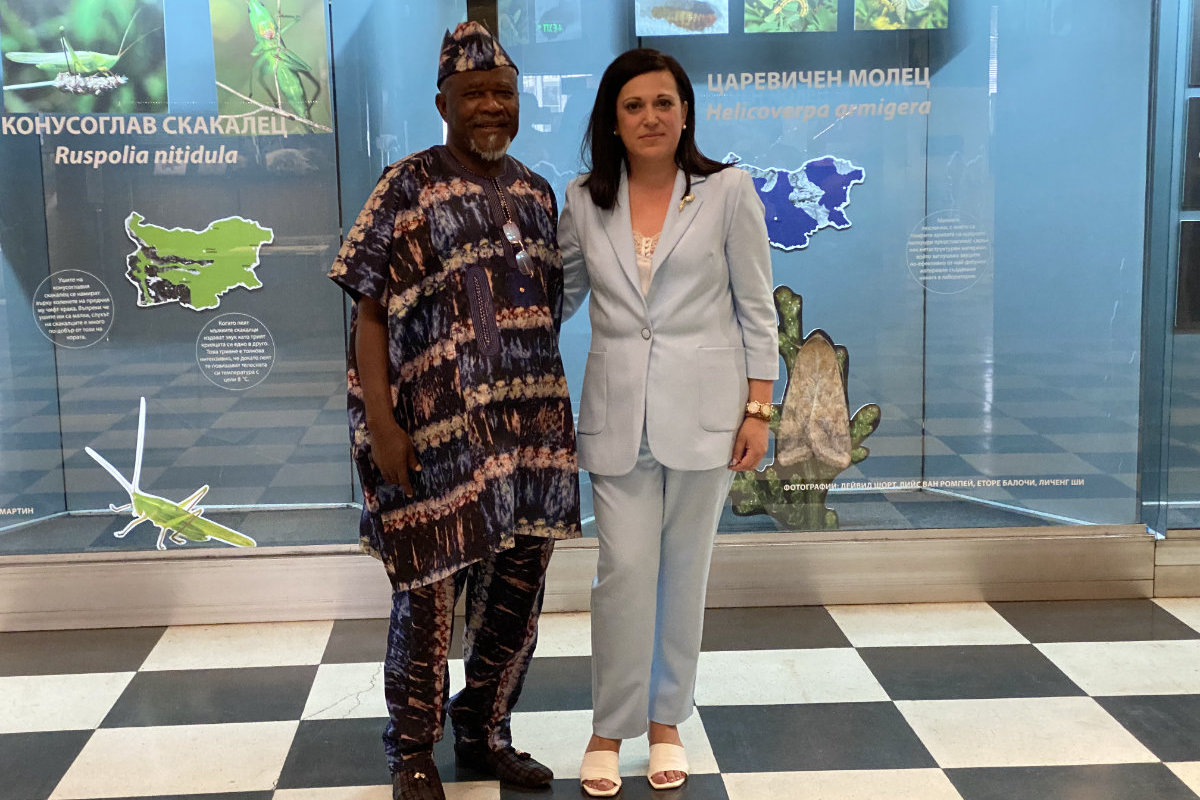 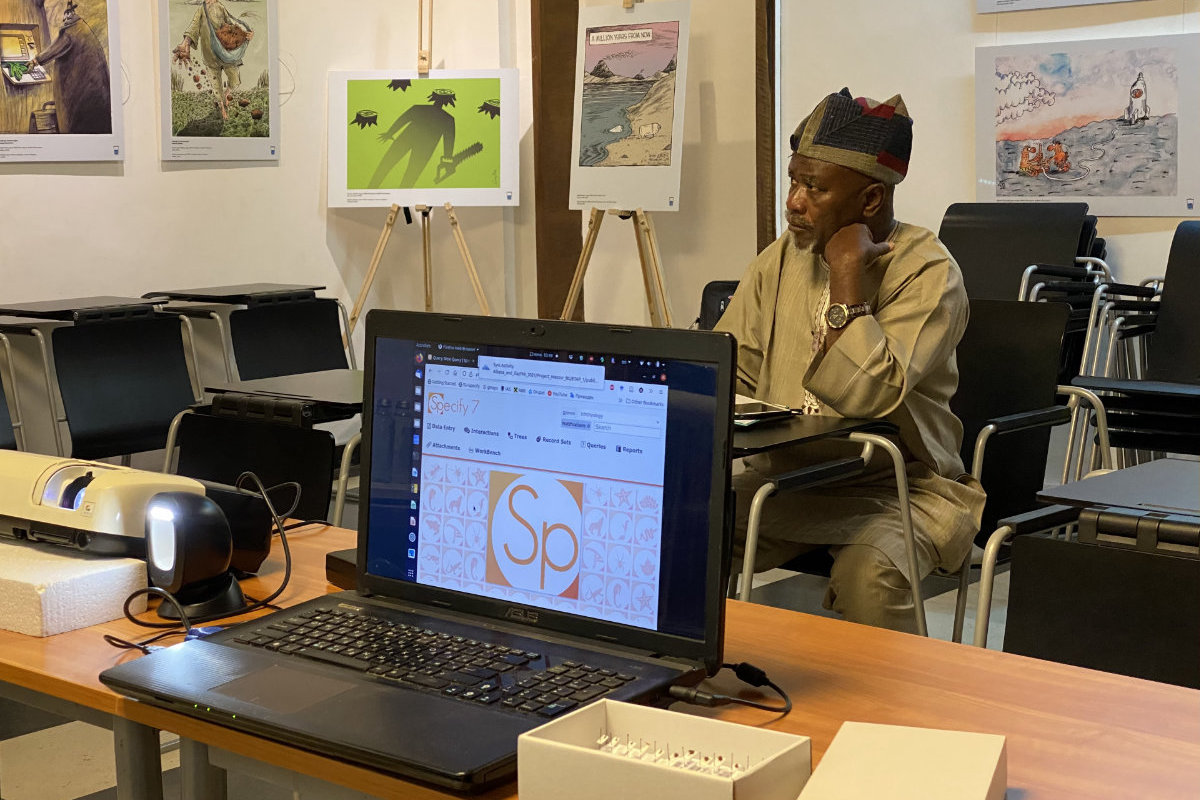 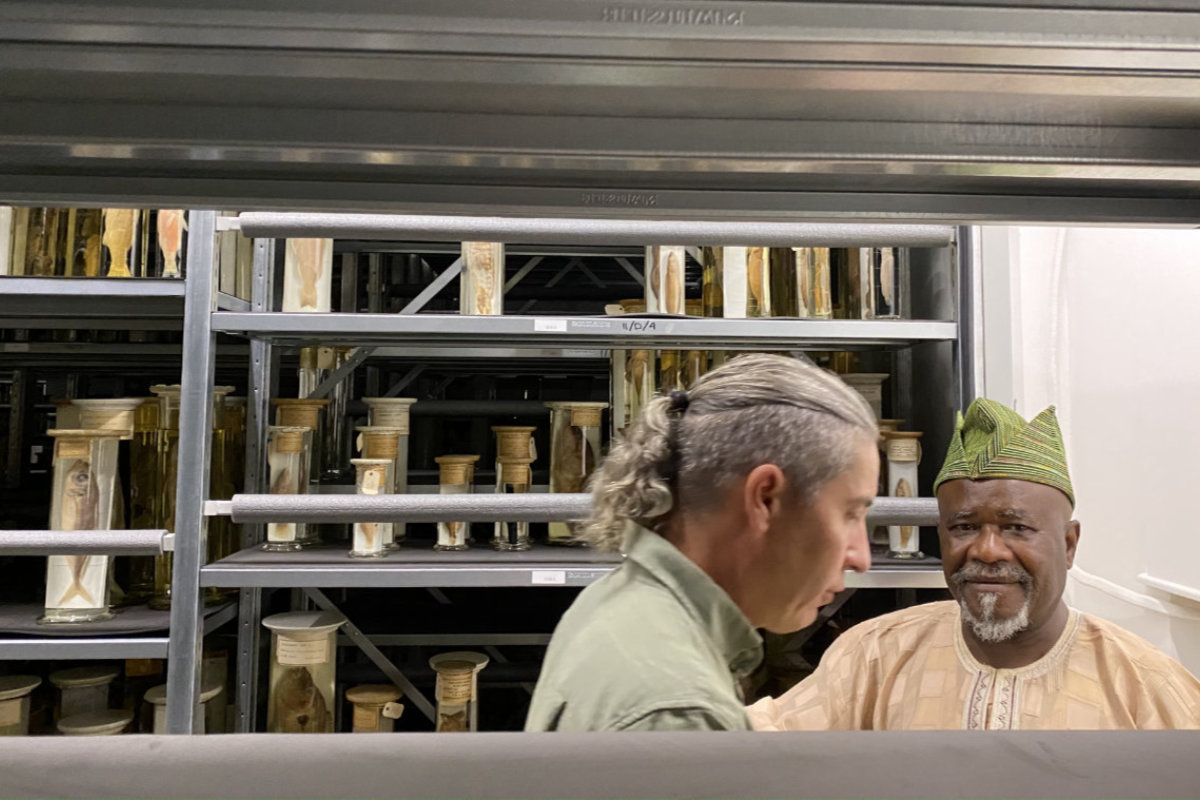 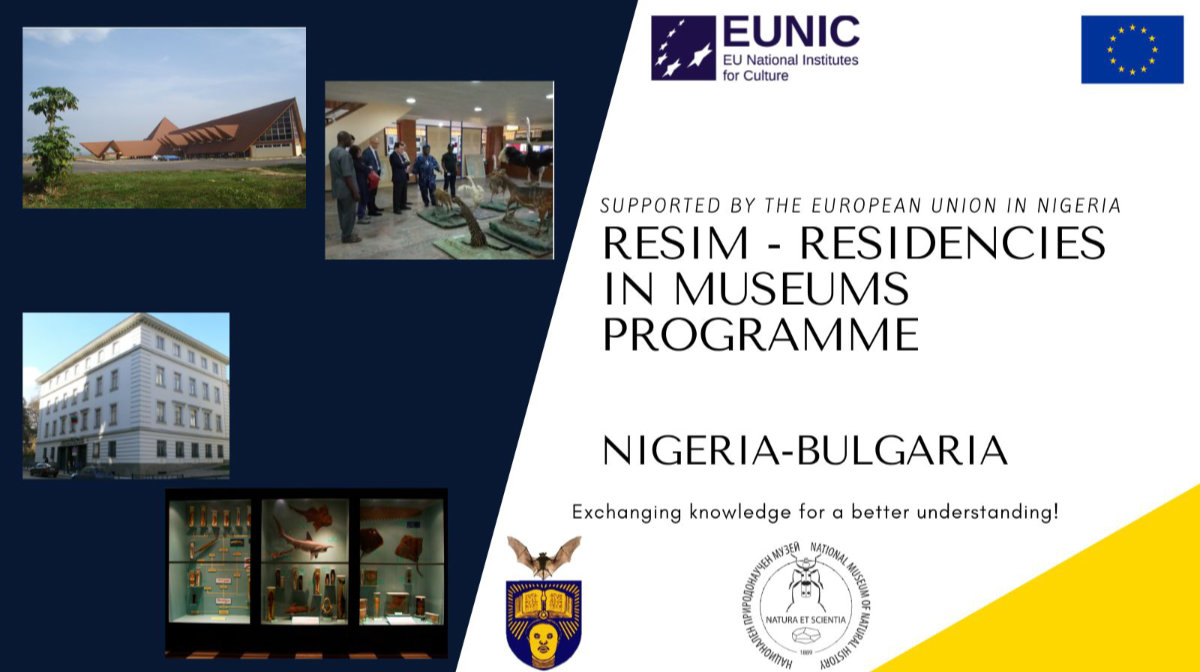 From the 22nd until the 30th of June, 2022, the National Museum of Natural History in Sofia (NMNHS) hosted a research visit of Prof. Adisa Ogunfolakan, Director of the A. G. Leventis Museum of Natural History of the Obafemi Awolowo University in Ile-Ife, Nigeria. With this visit, scientists from both Museums have started the implementation of a project for exchange between museums with the Nigerian cluster of the EU National Institutes for Culture (EUNIC) called RESIM: Residences in Museums.

The goal of the partnership between the two Museums is for the scientists of NMNHS to provide expertise and consultations for the coming digitalisation of the A. G. Leventis Museum of Natural History collections.

The guest of NMNHS was greeted by the Scientific Secretary of the Biodiversity, bioresources and ecology Division at the Bulgarian Academy of Sciences, Assoc. Prof. Ina Aneva, who presented the institutes’ achievements in this division.

The working schedule of Prof. Adisa Ogunfolakan included presentations from scientists of NMNHS and Sofia University St. Kliment Ohridski, demonstrating the process of digitalisation of different collections — entomological, palaeontological, ichthyological, and herbaria. The scientist also visited the other three museums of Bulgarian Academy of Sciences, where he was introduced with the specifics of the digitalisation of archaeological, ethnographic, and anthropological collections.

Assoc. Prof. Asya Assenova, museum educator at NMNHS, introduced the guest to the educational projects that scientists from the museum are currently working on. The Nigerian guest showed particular interest in the museum’s taxidermy laboratory and the possibility of Bulgarian experts training the taxidermy team from his home country.

Prof. Adisa Ogunfolakan also visited the Palaeontological filial of the NMNHS in Asenovgrad — Dimitar Kovachev Museum, as well as the Natural History Museum in Plovdiv, where he had an official meeting with the Director, Dr Ognian Todorov.

The guest’s cultural program included visits to the cultural monuments in the centre of Sofia, presented by Dr Suzana Karanfilova, art expert.

On the 27th of June, 2022, Directors Prof. Adisa Ogunfolakan and Prof. Pavel Stoev gave a joint interview for BTA and planned the next steps of their cooperation.

The preparations for a reciprocal visit of the Museum in Ile-Ife by Prof. Stoev at the end of the year are upcoming.