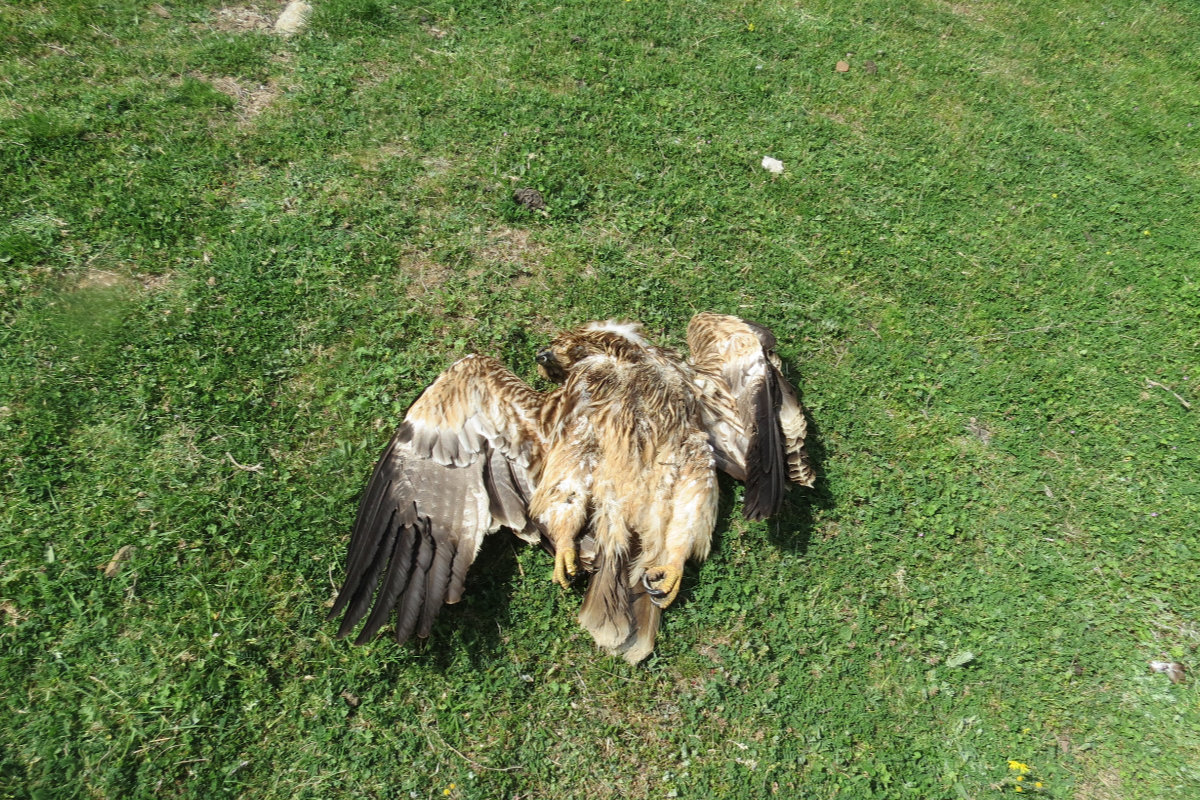 During field research towards the end of July 2021, docent Petar Shurulinkov, ornithologist with the National Museum of Natural History with BAS, found an Eastern imperial eagle dead from an electric shock under a power line on the land of Karnobat. After examining the power route, docent Shurulinkov noted the possible causes of the accident and prepared an official statement to the Ministry of Environment and Water in which he argued the necessity of securing the power lines in the area. The statement was accepted and directed towards RIEW-Burgas for the preparing of a timetable for power company Elektrorazpredelenie Yug EAD. The collective work of ecologists from RIEW-Burgas, museum scientists, and employees of CEC Karnobat resulted in the securing of a 1500 m area of power lines with insulation console lining and insulation for the bridge connections between the lattice steel poles. We hope the repairs will significantly decrease the risk for wild birds, especially such valued species as the Eastern imperial eagle and other large birds of prey that use the territory near the power lines.

Elektrorazpredelenie Yug (ER Yug) is the first infrastructure company in the country to actualise the nature conservation project “Improving the conservation of globally threatened Eastern imperial eagle in Bulgaria via reducing mortality caused by power lines,” financed by the European Commission’s LIFE+ programme together with the Bulgarian Society for the Protection of Birds. This project aims to reduce the deaths of Eastern imperial eagles (Aquila heliaca) caused by electric shocks or flying into power lines in the most important sites of the Natura 2000 network. An additional benefit of this project is the improved safety of the power supply for clients of ER Yug.