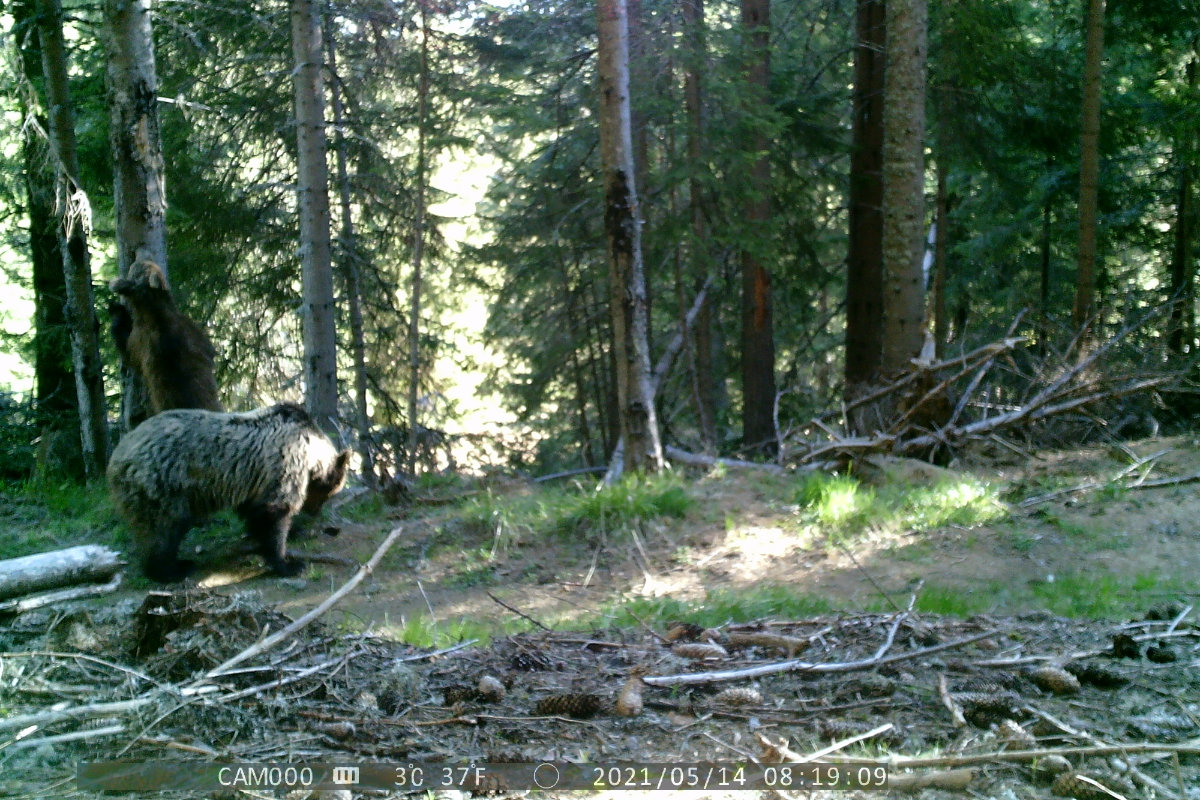 The brown bear is one of the flagship species of Bulgaria and it is included in the Biological Diversity Act. At the same time, it is a priority species for conservation in the European Union. As a Member of the European Union, the country is obliged to undertake all necessary measures to establish a system of strict protection for the species and its natural range of distribution under Council Directive 92/43/EEC of 21.05.1992 on the conservation of natural habitats and of wild fauna and flora. One of these obligations is the development of species action plans as a tool for conservation and management of populations of vulnerable species and their habitats. As the previous Action Plan for the Brown Bear in Bulgaria expired in 2018, a new plan for the species had to be developed. The Four Paws Foundation won the bid for its development. This project is implemented following Contract ADBCRF No D-34-121 / 24.08.2020, with the financial support of the Operational Programme Environment 2014—2020, co-financed by the European Union.

A team from the National Museum of Natural History — BAS, including Prof. Nikolai Spassov, Ruslan Serbezov and Assist. Prof. Assen Ignatov is taking part in the expert group, gathered by Four Paws for the implementation of the project.

The field researches conducted this year showed that in the different areas the species status is different. Seven bears were identified by traces and photo traps in the Buynovsko game farm, on the border with Greece (West Rhodope Mts). Their presence was traced along the border at a distance of about 8 km which some of them regularly cover in search of food, often following the game feeding places. According to the study, there has been virtually no decrease in the number of individuals in the area over the past 10 years. However, the bear populations seem to be decreasing in a number of other areas, such as Central Balkan range, compared to data from the late 90’s.